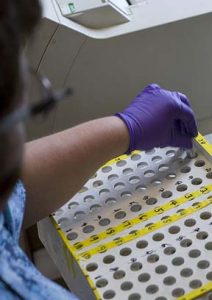 To see what normal blood and urine values are for your pet, go here 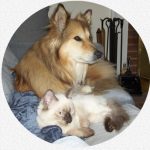 What To Do When My Dog Or Cat’s Liver Tests Are High?

Health Problems That Can Cause Too Much Alkaline Phosphatase To Be Present In Your Pet’s Blood:

A mildly elevated level of AP is found in normal dogs and cats when they are immature.

When AP is elevated in mature pets, most causes are associated with a primary or secondary liver problem that prevents the normal flow of bile.

In cats, the two most common causes of elevated alkaline phosphatase are cholangiohepatitis and hepatic lipidosis (HL). In HL, blood bilirubin levels are usually quite high as well. Bile duct obstruction (gallstones) – particularly when GGT enzyme is elevated equally or greater – is sometimes the cause.

Some specialists believe that about 80% of dogs that have a 3-4 fold increase in their AP levels suffer from Cushing’s disease. Topical, ear and eye medications containing corticosteroids have also been blamed for higher than normal AP levels.

Alkaline phosphatase levels sometimes go up in dogs with failing hearts and in genetically-based, copper storage diseases of Dobermans, West Highland White and Bedlington terriers, as well in pregnant cats. Hyperthyroidism, as I mentioned before, can also be responsible for moderately increased AP levels your cat. (ref)

High ALP/AP levels in dogs and cats are not as specific for liver disease as are high ALT levels because bone issues can also raise ALP/AP – as can corticosteroid administration. In general, both should be elevated in liver disease.

Health Problems That Can Cause Too Little Alkaline Phosphatase To Be Present In Your Pet’s Blood:

I know of none; have the test repeated at a central veterinary diagnostic laboratory to confirm results obtained at your local animal hospital. (ref)

The most common cause of a substantially, persistent higher than normal AP reading in dogs is liver disease of one sort or the other; even more so in cats. When GGT rises along with AP, liver disease almost always the cause. A whopping injection of “Depo” (methylprednisolone acetate) can keep it elevated for up to six weeks. However, a normal AP reading is not a guarantee that your dog or cat does not have liver problems – it goes up most in the active stages of liver damage but often falls late in the disease.

It is not that unusual for a pet that appears healthy to occasionally have moderately higher than normal ALT, bilirubin or Alkaline Phosphatate levels with no apparent explanation. Physicians face the same problem as veterinarians when deciding what to do in those situations. (ref) I generally suggest that the test be repeated in 2 weeks to see if the results are still abnormal. Many times, they have improved. I am also more concerned when a number of liver-related tests are a bit high than when only one is. Of course, if your pet is feeling poorly, has lost weight or the result was quite high, waiting is not a good idea.