Why Is My Dog Or Cat’s BUN Blood Level High Or Low? 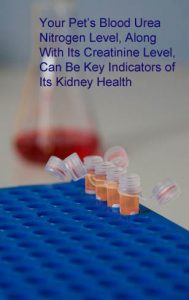 Why Is My Dog Or Cat’s BUN Blood Level High Or Low?

Normal Blood And Urine Values For Your Dog And Cat 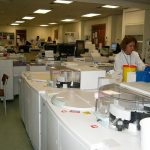 How tests are often grouped here 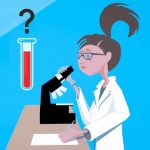 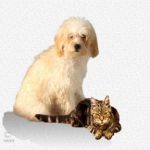 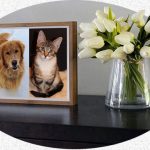 The urea in your dog or cat ’s blood is formed in its liver from the ammonia that is left over when proteins are processed. Urea is a less toxic compound than ammonia to be transported through the blood to the pet’s kidneys for elimination. Urea is a very important chemical to monitor in your pet because its level (along with creatinine) is important in judging your dog or cat’s kidney healthy.

When your veterinarian sees that your pet’s BUN and creatinine levels are significantly elevated, the vet may just tell you that your dog or cat is “azotemic” or “uremic” – other words that describes the same situation. The excessive amounts of urea in these situations is only one of many unhealthy wastes that are accumulating because your pet’s kidneys are failing – it just happens to be one that veterinarians can measure easily.

Most dogs and cats that have an elevated BUN have it because their kidneys can no longer excrete urea in sufficient amounts. That is called a “renal elevation”. It occurs when about two thirds of the kidney’s filtering capacity has been lost. Until that point, your pet will probably appear normal and just compensate by drinking and urinating more.

Much less commonly, your dog or cat ’s BUN level can rise due to things occurring in other areas of its body besides its kidneys. That is called a “pre-renal elevation”.

A third way that your pet’s BUN can go up is when a stone, tumor or bladder paralysis (neurogenic bladder usually due to a spinal cord injury) limits the passage of urine out of its body. Finding the very dilute urine (low specific gravity) of chronic kidney failure helps your veterinarian decide which situation applies to your pet.

Reasons Why Your Dog Or Cat’s BUN Might Be High:

Age-related loss of kidney function (glomerulosclerosis) is the most common cause of a high BUN in pets. I see as much of this kidney disease in shelter dogs and cats as in pampered pets. Over the years, veterinarians have suggested that antigen/antibody accumulation (immune complexes), amyloidosis , high protein diets or even leptospirosis  might be the root cause of kidney decline over time. While that may be occasionally true, no one is entirely convinced that your pet’s lifestyle and disease exposure account for the great majority of failing kidneys that veterinarians see. Its not much different in us humans.

But there are other ways a pet’s kidneys can be damaged. Sudden or ongoing kidney infections can definitely cause long term injury to those organs. The high blood pressure associated with  hyperthyroidism in cats also leads to kidney damage over time, as will the other caused I listed for high blood pressure in dogs and cats here.

Pets that are dehydrated (due to vomiting, diarrhea, heat prostration, lack of water, fever, diabetes etc.) can have high BUN values as well. In those cases the pet’s creatinine level is more likely to remain normal. Considered together, in the BUN:Creatinine ratio , veterinarians can usually determine if your pet has a kidney or a dehydration problem.

More rarely neither kidney disease nor dehydration are the cause of high BUN. Many sources say that a high protein diet can cause your pet’s BUN to be high. Perhaps that is true, but I do not know of any studies that actually showed that in dogs and cats.

The sluggish circulation present in congestive heart disease, the circulatory collapse that accompanies shock, Cushing’s disease or the cortisone-like drugs that mimic it, intestinal bleeding, and Addison’s disease have all been occasionally associated with small-to-moderate increases in BUN.

Kidney damage in cats resulting from repeated bouts of FUS or FUS obstruction of the cat’s urethra can both cause the pet’s blood BUN levels to rise.

Obstructing bladder stones , cancer of the urinary tract or even bladder rupture they might cause will all prevent your pet from cleansing its blood of urea nitrogen (BUN).

Over-exertion and uterine infection (pyometra) sometimes cause BUN levels to go up slightly to moderately.

Deficiencies in pancreatic enzymes (EPI) are although thought to be another occasional cause – perhaps through the hemoconcentration (blood water loss) that the vomiting/diarrhea of  pancreatitis sometimes produces .

Certain antibiotics (eg gentamicin, tetracycline) and certain medications (eg aspirin, diuretics, chemotherapy drugs) have the potential to injure kidneys to the point where the pet’s BUN and creatinine levels rise. This is particularly true when they are used in combination. Read about that here.

Since the protein in your dog or cat’s diet contributes much of the ammonia that ends up in urea, anything that stops your pet from eating sufficient protein can lower its BUN.

Anything that negatively impacts your pet’s liver can decrease the liver’s ability to create urea, and so, lower the dog or cat’s BUN blood levels. Blood circulation abnormalities that rout blood around the liver (portosystemic shunts) can have the same effect.

Anything that causes a pet with normal kidneys to drink and urinate more than usual (polydipsia/polyuria) can lower its BUN level. Administering large amounts of IV fluids will do the same thing.

Intestinal disease that limits your dog or cat’s ability to absorb protein from food can also cause low BUN levels.

BUN levels in women in late pregnancy are low as well as in people that take anabolic steroids – we do not know if that applies to pets as well.