Why Is My Dog Or Cat’s Thrombin Clot Time Increased? 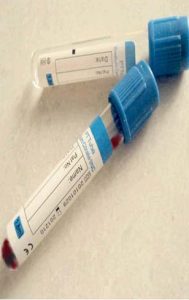 Why Is My Dog Or Cat’s Thrombin Clot Time  Increased? = CT

This is one of a group of tests that investigate why your dog or cat ’s blood clotting mechanism might be defective. You veterinarian might order this test if he/she is suspicious that you pet is bleeding due to a fault in its complex clotting mechanism. Perhaps, you and your veterinarian are faced with unexplained anemia in your dog or cat. Perhaps your pet bled excessively during surgery or after an accident. Perhaps blood has repeatedly been seen in the pet’s stool or urine and other more common causes have been ruled out. Perhaps your pet suffers from nose bleeds.

Your cat or dog’s blood clotting mechanism is a very complex process (the coagulation cascade). It consists of many different steps and the interplay of many chemicals and cells. So a series of tests might be required to determine exactly what has gone wrong. Some of the other tests that might be helpful are a  thrombocyte count, prothrombin time (PT), partial thromboplastin time (PTT/APTT), fibrinogen level determination, and, perhaps, a D-dimer test.

Thrombin is a blood enzyme protein (a protease) that is formed from the prothrombin, produced in your pet’s liver. It activates blood platelets (also called thrombocytes) that circulate in your dog and cat’s blood causing them to stick together and it helps convert fibrinogen into fibrin to seal off injured blood vessels and halt bleeding.

At one time, this test was a popular way to monitor anticoagulant therapy with warfarin in people who had a tendency to develop blood clots that could lead to heart attacks. Our cats and dogs do not get those sort of heart attacks. In humans, the TCT has been replaced by newer, more sophisticated testing methods. The test was occasionally used by veterinarians in an attempt to document the consumption of rodent poisons.Those rodent baits also contained warfarin-like compounds. Others believed that rat and mouse poisons of the warfarin type did not  increase TCT in pets. However, the active ingredients in most rodent baits of today are bromethalin or toxic levels of vitamin D3 – neither of which affect blood clotting time.

Reasons Why Your Dog Or Cat’s Thrombin Clot Time Might Be Prolonged (slower clotting):

The most common cause is a deficiency in fibrinogen. That is usually due to liver disease.

TCT can also be prolonged your pet receives heparin anticoagulant. Heparin has been given to dogs and cats in an attempt to clear clots from their lungs (pulmonary embolisms) and in cases of severe shock that cause clots to form throughout the circulatory system (disseminated intravascular coagulation = DIC). Heparin is also occasionally given to cats that develope blood clots blocking the flow of blood to their rear legs (the saddle thrombi of hypertrophic cardiomyopathy in cats HCM ).

Why Might My Dog Or Cat’s Thrombin Clot Time Be Decreased? (faster clotting)

Anabolic steroids, such as stanozolol, (Winsterol®) , rarely given to pets any more, and testosterone have been known to shorten Thrombin Clot Time. Certain rare inherited fibrinogen defects (dysfibrinogenemias) are said to do this as well.

Those mentioned at the beginning of this page, liver function tests if a fibrinogen deficiency exists, FDP assay (Fibrinogen degradation products)