Why Is My Dog Or Cat’s Blood Sodium to Potassium Ratio Abnormal? 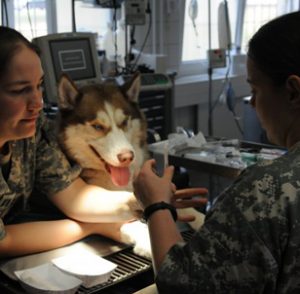 Why Is My Dog Or Cat’s Blood Sodium to Potassium Ratio Abnormal?

Reasons Why Your Dog Or Cat’s Na:K ratio might be low:

Sodium and potassium are two of your pet’s blood electrolytes . Not all pets with a low sodium:potassium ratio have Addison’s disease but all of them have a health issue.

Another cause can be a period of sustained diarrhea. The inability to urinate (as in a ruptured urinary bladder or urinary tract blockage) can also lower your pet’s Na:K ratio.

Akita dogs that appear healthy occasionally have low Na:K ratios for reasons that are not understood.

Repeated removal of pooled abdominal or chest fluids at your local animal hospital – as might occur to increase comfort and ease breathing in heart or liver failure can also lower Na:K ratio.

The same cautions I gave about laboratory-produced false laboratory reading for sodium and potassium apply to your pet’s Na:K ratio as well. The same causes I gave for low blood sodium or high blood potassium will drive down the Na:K ratio. The reverse is also true.