Why Is My Dog Or Cat’s Blood Magnesium Level Low Or High? 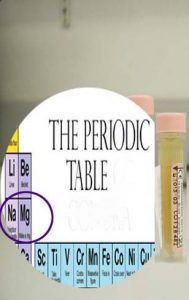 Why Is My Dog Or Cat‘s Blood Magnesium Level Low Or High?

After sodium (Na+), potassium (K+) and calcium (Ca2+), magnesium (Mg2+) is the most common positive ion (cation), in your dog or cat’s blood stream. Magnesium is required for many enzyme-based reactions that occur in your pet’s body. Within the animal’s cells, magnesium it is second only to potassium in abundance. The normal commercial diets for dogs and cats contain plenty of magnesium because meat and meat byproducts  are rich magnesium sources.

Approximately fifty percent of the magnesium in your dog and cat’s body is found in its bones. Most of the other half is found inside the cells of its body. Only about 1% of you’re dog or cat ‘s magnesium is found in its blood. The pet’s body works hard to keep that amount constant. So when your veterinarian says that your pet is deficient in magnesium based on a blood test, that doesn’t necessarily mean that all its body magnesium reserves are low.

Reasons Why Your Cat Or Dog’s Blood Magnesium Level Could Be Low (Hypomagnesemia):

Pets that are critically ill from any cause can have fluctuations in their blood mineral cations – including magnesium.

Intestinal disease that prevents proper magnesium absorption or sustained (long term) diarrhea can also lower your pet’s blood magnesium level. Magnesium can also migrate out of the blood during acute pancreatitis. Failing kidneys that compensate by producing large amounts of dilute urine can also allow too much blood magnesium to escape from your pet’s body.

Failure to eat/starvation and inappropriate or bizarre diets can cause your pet’s magnesium level to be low. So can hepatic lipidosis  in cats.

Reasons Why Your Pet ’s Magnesium Levels Might Be High (Hypermagnesemia):

A hemolyzed blood sample can give falsely-elevated magnesium level results.