Why Are My Dog or Cat’s Total Iron Binding Capacity Blood Test Results High Or Low? 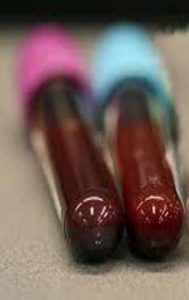 Why Are My Dog or Cat’s Total Iron Binding Capacity Blood Test Results High Or Low?

TIBC is not as accurate a diagnostic tool in dogs and cats as it has proven to be in humans. But it is still occasionally run as part of a blood iron panel when your veterinarian is searching for the reason why your dog or cat is anemic.

The iron binding test indirectly measures the amount of iron in your pet’s blood. Iron in your pet’s circulation must be available before your cat or dog can form hemoglobin. That circulating iron is bound to a blood protein called transferrin that is produced mainly in your dog or cat ’s liver. The transferrin+iron complex is eventually carried to your pet’s bone marrow where the iron is used to form the hemoglobin in the new red blood cells that are formed there.

Reasons Why Your Pet’s TIBC Could Be High:

Iron deficiency anemia is the most common cause of elevated TIBC and low blood iron levels. The most common cause is probably chronic digestive tract inflammation that allows blood to leave in the pet’s stool and also inhibits the absorption of iron. Many of those conditions in dogs and cats go under the classification of inflammatory bowel disease (IBD).

A true lack of iron in the diet of dogs and cats is quite rare. But immature pets that are bottle fed with unsupplemented milk formulas do not receive enough dietary iron. Those puppies and kittens could develop iron deficiency anemia with low blood iron and a high TIBC.

Any chronic blood loss will deplete your pets stores of iron and could increase its TIBC values. Gastrointestinal parasites, like hookworms are very small. Each one absorbs only a small amount of your pets blood. But over time large numbers of these parasites and the intestinal bleeding they cause can also result in iron deficiency anemia (strongyloides parasites can do this as well).

Chronic inflammatory diseases of all kinds can also cause iron deficiency anemia as can various cancers.

Transferrin, the actual compound to which iron binding occurs, is primarily produced by your pet’s liver. So liver disease and things that affect the liver’s ability to synthesize transferrin (such as portosystemic shunts) can lower its body’s transferrin level causing a low TIBC value in the process. When that situation occurs, the pet’s blood albumen levels should be low as well. Starvation will have the same effect.

Chronic kidney disease can also be a source of leakage of transferrin and albumen into your pet’s urine where it is lost from the body.  But the buildup of uremic toxins in your dog or cat’s blood stream is thought to be a more important reason that pets with kidney issues frequently become anemic.

TIBC has been found to be naturally low in healthy racing greyhounds. TIBC was also found to be low when pets suffer from certain tumors of the bone called osteosarcomas.

TIBC can vary from day to day, probably due to fluctuations in your pet’s cortisol levels. If the TIBC test is abnormal and no obvious cause is found, rerun the test in a week .