Why Are My Dog Or Cat’s SDH Test Results High? 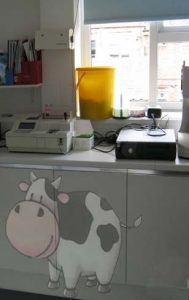 Why Are My Dog Or Cat’s SDH Test Results High?

This is not your pet’s SDMA kidney test

A Sorbitol dehydrogenase assay (SDH) is the least common leakage enzyme test that veterinarians are likely to run on your dog or cat. That is because the alternative enzyme tests I mentioned above are quite sufficient to identify liver problems in your pet. However the SDH test is a common test for liver injury in farm livestock because in farm animals those alternative tests can be less sensitive.

In dogs and cats, the same general information on your pet’s liver is usually found in its ALT test results. In all species of animals (including people [ref]), SDH enzyme is found in both the liver and the kidneys. But it is only when the liver is injured that the enzyme is released into the blood stream. That SDH only persists in your pet’s blood stream for a short period of time and it decreases rapidly in blood samples as they stand awaiting analysis. That is another reason companion animal veterinarians rarely suggest the test. ALT persists much longer after a liver injury. So in most cases, it is the better test choice.

A possible use for the SDH test in dogs would be a situation in which a pet was injured in an accident and found to have high ALT and CK blood enzyme levels. Your vet wouldn’t be sure if those increased levels were all due to traumatic muscle damage or if the pet’s liver already had some problems before the accident occurred. In that case, a high SDH and ALT levels would indicate the liver had a prior problem; whereas a normal SDH and high ALT would indicate that the problem was all due to the more recent muscle trauma.

A second scenario would be a dog with high ALT and confirmed liver disease or damage when your veterinarian wanted to know as soon as possible if your pet was responding to treatment. In that case, she/he would notice a positive response (declining SDH levels) quicker by checking SDH than by checking ALT. Vice versa, he would know the treatment was not working if both remained high. Neither SDH nor ALT are good monitors of chronic liver disease in which permanent liver cell damage has occurred but is not an ongoing process.