Von Willebrand Factor Deficiency In Your Dog Or Even Your Cat 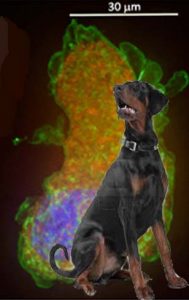 Von Willebrand Factor Deficiency In Your Dog Or Even Your Cat

This is a test for the presence of deficiency in the von Willebrand blood clotting factor, a genetic problem that leads to uncontrollable bleeding. It is best known when it affects humans and dogs, but it has been occasionally reported in cats. The genetic defect also has been reported in pigs, mice, horses, cows and rabbits.

There are several different levels of seriousness of vWD disease and disease subtypes. All of them are either due to insufficient vWf being produced or the production of vWf that is defective in its structure. vWF is necessary for your pet’s blood platelets (thrombocytes) to stick together and help form a blood clot when an injury occurs. When the factor is missing, bleeding can even occur spontaneously without a serious injury having occurred.

This blood clotting problem is most common seen in doberman pinschers, although other breeds are occasionally affected (eg golden retrievers, Shetland sheepdogs, rottweilers, miniature schnauzers, German shepherds, German short-haired pointers, standard poodles, and Scottish terriers). As I mentioned, cases of vWF deficiency also occasionally occur in cats. When it does, they are considerably more likely to be purebred cats than common random breed cats.

As I also previously mentioned, the disease varies greatly in its severity and many pets that are mild to moderately deficient in von Willebrand factor never develop visible health problems.

There are also genetic DNA tests that can be run on a swab sample from your pet’s mouth to determines if your dog is free of the genetic defect that causes the problem. Such DNA tests will also identify “silent carriers” of the disease – dogs that it would be unwise to breed. It is not fully understood how this genetic clotting defect inherits (it could be an autosomal recessive trait but could also be an autosomal dominant trait, with incomplete penetrance). (ref)

The Four Reasons Why A vWF Test Might Be Suggested For Your Pet:

You noticed that your dog experienced unexplained bleeding episodes (like nose bleeds=epistaxis).

You are a breeder of one of the dog breeds known to occasionally suffer this problem and you want to be sure that your breeding stock do not carry the genetic defect.

You and your veterinarian are anticipating surgery in a dog whose bloodline has experienced this form of hemophilia in the past and you both want to be sure it is safe to proceed with the surgery.

Even in pets that are documented vWD bleeders, estimates of the severity of the problem can vary from test to test on the same dog.

Stressful situations, infections, the phase of the pet’s heat cycle, and concurrent endocrine gland disease are said to have the ability to affect test results.