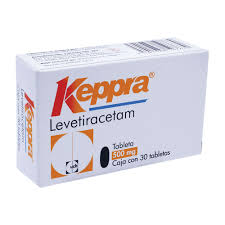 Back to epilepsy article

February 15, 2020
My Chesapeake Bay Retriever FS [female and spayed] first began having generalized seizures at age 5. At that time, we did a CBC and chem panel. Both were unremarkable. Her seizures began occurring every 4 – 6 weeks. A concern was that at the end of the seizure, she panicked and tried to run – often launching herself straight up and risking hitting her head. We started her on Levetiracetam ER 500 mg 2x/day. The seizures became more spread apart and a bit less violent. After a year, continuing through today (age 11 years 9 months) she is averaging only one seizure per year. Fortunately we never had to consider a second medication. We chose Levetiracetam primarily because it has no apparent liver toxicity.
Hope this helps with your compilation of information. Levetiracetam
F. Z. Sent from my iPhone
.