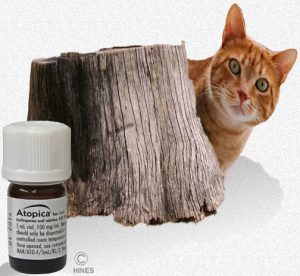 Atopica® Cyclosporin For My Itchy Cat? 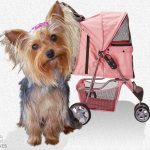 If your pet is a dog go here

I do not recommend using this product when fleas or their excrement can be found on your cat or any other pet in your household. The safe way to end a flea-related problem is to end exposure to fleas. For one, do not let your cats run loose out-of-doors or encourage people that do. If you are unwilling or unable to do that, use a monthly modern, topical flea prevention product  on your cat. My preferences are for selamectin (Revolution feline®), spinetoram (Cheristin®), imidacloprid (Feline Advantage II®), and fipronil (Frontline Top Spot feline®). Use whichever one annoys your cat the least when applied and appears to be most effective in your situation. I avoid giving oral flea control products when topically-applied products are equally effective.In 2011, the FDA approved the use of Novartis’ Atopica brand of cyclosporin for use in cats. It comes as an oral solution and is recommended to control the itching and skin damage in cats that have flea and other allergies. Atopica is also recommended as a treatment for the eosinophilic disease of all types that affect cats. (ref1, ref2) Those diseases are thought to be forms of allergy too. You can read information that comes with the product here. (ref)

Atopica will stop your cat from itching and scratching and the from the resulting scabs, trauma and hair loss. Those problems are the end result of your cat’s immune system reacting to ingredients in the flea’s saliva. Some cats become desensitized to those ingredients after repeated bites, in other cats, the effect of the saliva is minimal. But in a few cats, over time, bites cause the mast cells that dwell in their skin to release histamines and other inflammatory compounds that cause intense itching. Antihistamines are of little value in helping these cats. Corticosteroids will block the process and Atopica® will block it as well.   So might canine Apoquel® (although Apoquel it is not FDA approved for cats, some vets have experimentally used it.

None of the medications, other than the flea control products and home restriction I mentioned, are without potential side effects. It may turn out that Atopica is the best choice to relieve your cat’s suffering – particularly if multiple allergies are involved as they so often are. Novartis, the manufacturer states that side effects in cats are generally mild and transient – usually no more than vomiting, weight loss, diarrhea and decreased appetite.  But, as with all drug marketing, that glosses over the less common or less obvious risks of many powerful medications. Cats that drastically reduce their food consumption are subject to hepatic lipidosis. And we know that cyclosporin can have negative effects on the liver (ref) – cats included. (ref)   Another review of cyclosporin’s potential side effects in cats expanded on the possibilities. (ref)

Your cats immune system has many critical functions – histamine release into your cat’s skin subsequent to flea bites or other allergies is only a minor one. Unfortunately, veterinarians don’t have medications yet for cats that only turn down the volume of the immune response in the skin. Meds like cyclosporin or corticosteroids do so throughout your cat’s body. Tumor growth is kept in check by your pet’s immune system. The system is also critical in the fight against infections. Cyclosporin is known to decrease some of those protective responses in cats. (ref1,ref2)

Perhaps you might find information useful to you in my article on cyclosporin use in dogs that I neglected to include here. So have a look there as well. (ref)

Well, You Haven’t Answered My Question. Should I Give Atopica/Cyclosporin To My Cat Or Shouldn’t I?

There are cases in which cyclosporin might be a better choice than prednisolone; and cases in which the opposite is true. First, it depends on what other health issues your cat might have. Second, it depends on the unique genetics of your cat. Human physicians already have genetic tests that allow them to predict the best drug to deal with a health issue in a specific individual. (ref) Veterinarians do not have access to that for your cat –  yet. So a pre-treatment blood screen   and complete physical exam is in order before making that decision.

Prednisolone is still the first choice medication for most veterinarians seeking to control itching and scratching in allergic cats. Its side effects of increased appetite, thirst, weight gain, elevated blood sugar and adrenal gland suppression are well understood by your veterinarian and can usually be managed through frequent weigh-ins, dietary management and periodic blood exams. (ask me for Viviano2013.pdf)  When used, corticosteroids usually require a substantial initial dose to halt the problem – followed by a gradual reduction in the dose amount and the frequency with which it is given.

But cyclosporin might be the better choice in overweight cats, diabetic cats, cats that have been diagnosed with heart disease and cats that just did not respond adequately to prednisolone or another corticosteroid. One notable thing about this medication is that the effective dose (the amount your cat needs) and the prevalence of side effects has tremendous variation between individual cats. Much more so than corticosteroids like prednisolone. Much of the differences in the effects of cyclosporin from cat to cat is thought to be due to variations between cats in the amount of the drug that they absorb through their intestine and the rate at which their livers can eliminate the cyclosporin from their bodies. We think that may be why the effective dose and likelihood of side effects is so variable. (ref) A particular group of liver enzymes, P450, might be responsible for that. (ref) [That article even suggests that the preferred dose of some medications might be different in male than female cats] The same periodic blood tests that I suggested when corticosteroids are used are also desirable when a cat receives cyclosporin. But with cyclosporin, periodic tests of the cat’s liver function are most critical.

Are There Other Things I Should Do?

Purchase an accurate scale, keep a weight diary and weigh your cat frequently. If your pet is receiving prednisolone or another corticosteroid, do your best to keep it at its healthy stable weight. If your cat is receiving cyclosporin, adjust the dose to keep it from going below its healthy stable body weight. Unintentional weight gain or loss and weight trajectory are some of the best clues that the dose of a medication is on track or needs to be adjusted.

If your cat is taking cyclosporin and the benefits are unsatisfactory, consider having its Cyclosporin trough levels determined. If side effects are the problem, its peak or mean levels. As I mentioned, the amount of cyclosporin that remains in circulation in the cat’s body varies greatly between pets. (reptref)

Posterior body hair loss and skin lesions are cause by your cat licking and over grooming. But head and neck lesions are due to the cat frantically scratching with its rear claws. Keep those claws trimmed short and filed smooth or purchase cat toenail guards. Hopefully, that will help. But as politically incorrect as it is in 2016, some cats might lead a happier life without their rear claws. (ref)

As I mentioned early, blood panels three times a year are prudent when your cat is on either of these medications.  But weight gain or loss, decreased activity level, changes in attitude, appetite, urinary or defecation habits are just as important to keep track of and discuss with your veterinarian. With either corticosteroids or cyclosporin, I like to give as long a medication-free rest period every few months as the cat can tolerate – don’t let perfection be the enemy of significant improvement. If the medication you are giving is a corticosteroid, do not stop it abruptly – slowly reduce the dose until none is given. Also with corticosteroids, I have always felt it was safer to give a bit larger dose every few days than a somewhat smaller dose more frequently. Traditionally, veterinarians have felt that the drug-free days allows the cat’ adrenal glands to remain healthier.

Zoetis markets a finer-tuned medication than either prednisolone or cyclosporin to block itching in dogs. It is called Apoquel®. I have read that some veterinarians are already trying it “off label” in cats (ref), but I can not tell you if its safe or effective. I call this group of medications “nibs” because the drug names usually end in nib. Apoquel is oclacitinib. But the proper term for them are JAK Inhibitors.

I wish we already had mAb  drugs to help these cats. Mabs are considerably more “fine-tuned” than the choices your veterinarian has today. Zoetis is also in the process of developing one for itchy dogs. (ref) But mAbs must be tailor made for each species so the body does not recognize them as foreign and destroy them. An example of that is the currently popular mAb for us humans, Humira (adalimumab), that you see advertised on TV. Although developed in mouse tissue, Humira was “humanized” to get around that problem. I assume that Zoetis’ dog mAb that is in trials has been “caninized”. So, within the limited of my understanding, it should not be suitable for cats.

As with all my articles, take them for what they are worth and never make pet treatment decisions without the advice of your local veterinarian.