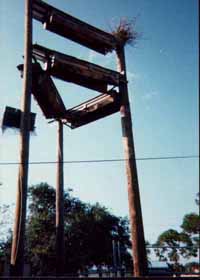 How To Start A Bat Colony – The Science & Prayer 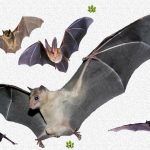 Bats Have Been Vaccinated  Against Rabies 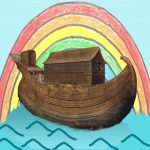 See What Vaccinations Wildlife Can Receive

There was a time, when I lived in Sarasota Florida, that I kept bats. I maintained a government-confiscated colony of several hundred Egyptian fruit-eating bats behind tight barriers. But I also attempted to establish a colony of American (aka Mexican) freetail bats (Tadarida brasiliensis). There were large colonies of these bats in the attics of apartments all around Sarasota, Bradenton and Port. Charlotte. I was quite successful in moving their colonies short distances from their current locations to eliminate human health hazards. But I did not have long term success in moving them far distances from their existing colonies. I did make some observations that might be helpful to you:

Good bat house plans are available through Bat Conservation International in Austin, Texas BCI. An excellent publication, Fact Sheets ENY-272 & 268 on the subject is or was available from the University of Florida’s Cooperative Extension Service, Gainesville, FL, 32611. I generally make my bat houses from discarded 3/8” x 6” Florida cypress planks that I obtain free at a fencing company. They are rough-cut so the bats can scurry up them and need no preservatives. I line them with plastic lanai screen (screen-porch screen) that I staple onto the cypress. A screen or carpet “skirt” hangs below the bottom opening to assist the bats in entering. Be sure that the entrance crack is no wider than ¾ inch, or English sparrows will take up residence. I place them under the eves of existing buildings or on poles that are a minimum of 20’ tall. Others place them in trees but colony bats avoid areas that are cluttered with branches.

I have rehabilitated large numbers of native insect-eating American bats – mostly, free-tailed (Tadarida) and evening bats (Nycticeius), which are the great colony nesters in the Southern United States. Our Wagner’s mastiff bats live farther south than Sarasota – if any are left. There was a time when it was thought that seeding your new bat house with guano might attract bats. This was tried before on a large scale on the Florida Keys – with no success and by me locally – with no success. I have seeded every conceivable size and shape of bat house with guano and even rehabilitated bats – but this seems to have no effect on whether they stay or leave.

Most homemade, successfully occupied bat houses are raised within 100-700 feet of existing bat colonies. I have moved colonies of several hundred bats to bat houses near their old colony sites by sealing off their entrances into Condominium roofs during the night with “bat exclusion cones”. These are slippery windsock funnels that allow the bats to leave but not re-enter. But when, months later, I transport these vibrant new colonies, living in my cypress houses, to a new location several miles away (elevated to the same prior height, and in similar shade/sun conditions and north-south alignment) the bats usually only stay for a few weeks and then drift off. No one understands why bats pick one location over another. I am also a beekeeper. With bees, I understand where and why they choose colony locations. Bat, however, are much harder to fathom. I have seen huge colonies in the attics of a single house in “cookie-cutter” subdivisions where all houses are identical – yet the bats remain in only one attic. I have seen colonies that hover in the attic above a particular condominiums and not the ones that adjoin it on either side! Perhaps it is the temperature that the house thermostat is set at or some other unfathomable lure, or perhaps it is a random accident. No one knows. Bat house color seems unimportant. Bats do like a ramp, shelf or shingle roof to land on before scurrying into the hole that leads into the attic, tree or other structure they call home. In the attics, they are never more than one foot farther in than the soffit extension (the load-bearing exterior wall). They do seem to have a preference for acute corners.

It’s my observation, that at the end of the breeding season, a portion of the young bats born that year, look for new nesting sites. This is why all the bats brought to me which have invaded rooms or homes recently are young-of-the-year bats. They can live about 12 years and never seem inclined to move on their own after their first summer.

Some colonies must have alternative roosts in my area because some weeks they do not return to a given location. And then, a few days later, the whole colony is back. Florida Free-tail colonies appear to swell in population in the winter. Perhaps additional bats migrate to these colonies from more northern States.

When I put up bat excluders , the colony moves to the nearest available niche. The successful relocation of bats at Gainesville by Mr. Ken Glover, to a specifically dedicated barn-like shingled “house” on telephone poles, occurred only after he had chased them out and sealed all openings on all campus building over a two-year period. Bats are stubborn and perfidious. A woman who has devoted her life to understanding freetail bats is Amanda Loller. She is located in Mineral Wells Texas. Ms. Loller knows more about hands-on work with colony bats than anyone else I know. Perhaps she knows some secrets that I don’t that will help you. Her Dad, Luther, contributed to my bat house design.