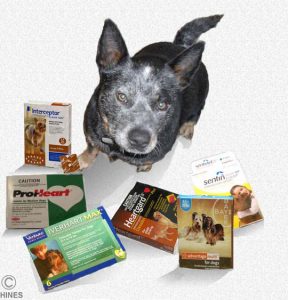 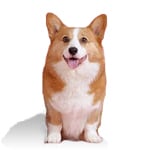 The most effective medication to prevent your dog from catching the JYD-34 resistant heartworm is the moxidectin found in Advantage Multi®  monthly topical & Proheart®12 yearly injection Read about that here.

For More general information on heartworms go here and here

If you only needed that one question answered, you don’t need to read any further

The answer is yes.

The problem of resistance is not widespread at this time – but it will most likely become a bigger problem in the future.

If you had a second question, Which heartworm preventative works best, I can answer that too.

Advantage Multi® aka Advocate Spot On®

I don’t own any stocks in Bayer. Its just that as the time of my writing, their product is the only non-injectable moxydectin-containing product available to you that I know of.  Zoetis markets moxidectin as a once every 6-month or every 12-months injection to protect your dog against heartworms. But I do not know of any studies that found it more effective than Advantage Multi®, the topical form of moxidectin.

But if you want to know more about what is happening, what it  means for your dog and how this situation probably occurred, you may want to read on:

In the last few years, veterinarians have seen an increase in the number of dogs that are heartworm-positive on their yearly checkups in spite of receiving monthly heartworm preventatives. At first, the companies that make these monthly products shrugged off the phenomenon – attributing it to owner forgetfulness, the pet spitting out the pill or an incorrect dose size being used.

But it is now evident that there is more to it than that.

What Do All Heartworm Preventative Medications Have in Common?

The medications used to prevent heartworm infection in your pet belong to a class of drugs called avermectins (aka macrocyclic lactones).  The first of these to be developed was ivermectin. It was an accidental breakthrough discovery by Dr. Satoshi Omura, who happened to locate the little bacteria that produced it in a soil sample from a sea-side golf course in Japan. We have been using ivermectin extensively now for over 35 years. All the compounds in the avermectin class kill heartworm larva (microfilaria) by paralyzing their neuromuscular system. Since it does not readily cross in to the brain of most dogs (with  exceptions), pets tolerate doses of avermectins that are enough to kill the larval stages of heartworms. Of the current heartworm medications, all contain avermectins except Interceptor®/Sentinel® (Elanco Div. of Eli Lilly & Virbac) which contain a closely-related compound,  milbemycin oxime.

Do All Authorities Agree That Heartworm Preventatives Are Not 100% Effective Or That They Are Not As Effective As They Once Were?

Many veterinarians still believe that most, if not all, of the preventative medication failures are due to mistakes in their use – not the medications themselves.  However, the number of veterinarians that believe that is decreasing rapidly. Veterinarians that believe that nothing is changing often quote a 2005 article that was published by a parasitologist at McGill University.  In that article, the author relied on a concept called “refugia” or genetic selection pressure, to explain why heartworms are unlikely to develop the resistance to avermectins that is currently occurring in the parasites of livestock. There is a major problem with relying on that theory when considering dog heartworms. The author assumes that there is too large a population of dogs that are not on preventative for the parasite to undergo selection pressure to become immune to heartworm preventatives. But the study failed to take into account that mosquitoes that transfers heartworms to your pet feed several times – on livestock or other dogs that can have ivermectin in their systems (ivermectin is used extensively in the cattle, swine, horse and poultry industry). So dog heartworms probably actually do have a lot of “incentives” to become resistant to heartworm preventatives.

What Is The Evidence That Heartworm Preventatives Have Lost Some Of Their Effectiveness?

For many years, there have been a scattering of reports to the FDA by dog owners who swore that they gave their pets monthly heartworm medication only to have their veterinarians report that the dogs had adult heartworms in their hearts months or years later. The FDA calls those reports “lack of effectiveness” reports or LOEs.  Until recently, those reports were brushed aside as probably due to giving the medications incorrectly, giving them in too small a dose or giving them to a dog that already had heartworms in its system to begin with. But the number of those LOE reports has been steadily increasing. What appears to have happened is a small group of heartworm populations in areas along the Mississippi river basin (perhaps including the MP3 heartworm strain) have become somewhat resistant to at least one of the medications given to dogs to protect them. That medication is ivermectin and it is the active ingredient in Heartgard®  and generic equivalent brands of ivermectin (Iverhart®, etc). The manufacturers of heartworm-prevention products have their own trade group. It is called the Heartworm Society. Two lawsuits, one by a group of dog owners in the area experiencing the most heartworm preventative failures, and another, by a former employee of the Heartgard®  manufacturer. So it is understandable that they would be reluctant to acknowledge problems with their product. A study, completed at Auburn University, confirmed that certain heartworm strains were indeed less susceptible to ivermectin-containing heartworm preventatives than other strains. A second study they performed confirmed that genetic differences between different isolates of heartworms do exist. None of these studies prove that the increase in heartworm cases in dogs receiving preventatives were due to these genetic differences, but it may well prove to be so. I am sure they are hard at work trying to match the genetic characteristics of the heartworms in these Mississippi cases with the strain characteristics they have seen in their laboratories.

Are There Factors Other Than Lack of Efficacy of Monthly Heartworm Preventatives That Could Explain This Increase In Heartworm Cases?

First off, the in-office tests that veterinarians use to diagnose heartworms have become more sensitive over the years. So some of the increase in cases could just be due to more sensitive tests that pick up the presence of fewer adult parasites in the heart than the older tests were capable of detecting. The second is the drug used to treat adult heartworms. It is called melarsomine (Immiticide®  /Diroban®). It is not always 100% effective in killing adult heartworms – particularly young adult female heartworms (<4month old L5 worms). So some of the events that are thought to be failure of the preventative could actually be failures in the treatment of adult heartworms. The company that make Merial (now part of Boehringer Ingelheim Animal Health) states that Immiticide® kills 90% of the adult heartworms, but I am uncertain if that is always the case. Merial was also the company that said that Heartgard was 100% effective.  Failures are more likely if the two-dose protocol is used rather than a single dose and two more 1-3 months later. A different protocol performed in 1994 found it only 89% effective. More troubling, 3 out of 10 treated dog still harbored heartworms in their heart even though they their blood tests were negative. Read that study here. Mosquito species and feeding patterns are changing. Which mosquitoes are transmitting heartworms to your dog, whom they feed on in between and how efficient they are in passing on the disease are changing. All these factors contribute to your pet’s exposure to heartworms and the amount of resistance those worms are likely to have developed against monthly heartworm preventatives.

Are There Differences In Effectiveness Between Monthly Heartworm Preventative Brands?

Even though the Auburn study was paid for by the Manufacturer (Bayer) whose product was found to work best,  independent research, conducted over several years on different Continents confirm that products containing moxidectin are superior over ivermectin products in killing a wide range of parasites. This is probably because moxidectin stays in the pet’s blood stream longer than ivermectin. There is a second FDA-approved Moxidectin product, ProHeart6® . Although Moxidectin is fully effective when given orally, this product is marketed in injectable form to give veterinarians financial relief from the revenues lost to internet sales of monthly heartworm preventative products. Only vets are allowed to buy and inject it. You can read about those shenanigans   here. I would much prefer if we Americans had an approved oral form of Moxidectin available for our pets. It is known to be well absorbed orally. The fact that none is available probably has more to do with profitability than performance.

Its been reported by veterinary scientists that Moxidectin is safe for use in collies  (I have no experience using it in avermectin-sensitive breeds and advise that you check with the product manufacturer or Washington State U. before using it in them.) Other things influence the effectiveness of your heartworm preventative. When ivermectin products are used, the amount of fatty food given with the tablet increases the drug’s absorption.  How chubby your pet is probably effects the dynamics of the drug in your pet as well.  That is the case in other species. In the case of moxidectin, female dogs also develop slightly higher blood levels than males. Also in the case of moxidectin in other species, even breed effects the drug’s dynamics.

What Else Can I Do?

Give your pet heartworm preventative all year long – not just during your mosquito season. The longer heartworms or their larva are in contact with these products, the more likely they are to die. Have your pet tested for heartworms yearly – even if it receives monthly preventatives. As I mentioned, current thinking is that moxidectin may be more effective than ivermectin or other avermectins because it stays in the pet’s blood steam longer. Given that possibility, other heartworm products might be more effective if given more frequently than once a month. I cannot tell you to do that because I do not know the consequences of more frequent than once-a-month administration. It would  probably also be illegal, as well as foolish for me to tell you that. However, ivermectin is given more frequently than once a month to humans. When I stayed in an Amazon River Blindness area, I took ivermectin once a week. I am sure that somewhere, dog owners or research scientists will eventually try that approach. Increasing the dose amount does not seem to increase the effectiveness of any of the avermectins.

Can We Learn Anything From A Cousin Of The Dog Heartworm?

In tropical Africa and South America, people suffer from infections of a cousin of the dog heartworm,  Onchocerca .   Blood sucking insects transmit it. Mercifully, this parasite lives under human skin, not in the heart. But its larva do sometimes get lost and end up in the victim’s eye causing blindness. Merck Sharp & Dohme and Professor Omura are famous for discovering the avermectins in your dog’s heartworm preventative not because of dogs. It was because these medicines are a  salvation for people living where River Blindness is common.  When it is sold for dogs, it is Heartgard®, when it is sold for humans it is Mectizan®. One area that suffers considerable River Blindness is Ghana. In the Volta Region of Ghana, there is a small hospital, the Hohoe Hospital. You can see what it looks like  here. It has become clear that after keeping this parasite at bay with ivermectin for so many years, the drug is no longer as effective as it once was in that part of Africa. Read about that here and here . That is why studies are underway to use moxidectin as a substitute for ivermectin in people there.

To me, that is evidence that there is the potential for dog heartworms become more resistant to monthly preventive medications than they currently are.