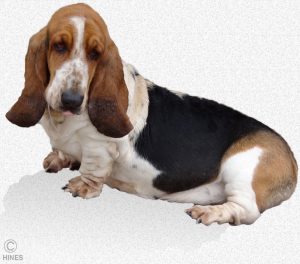 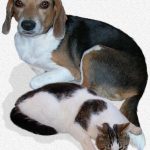 One of two articles on ear infections 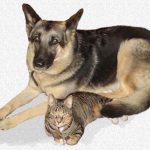 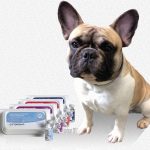 Cytopoint for the itch? 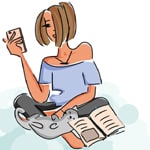 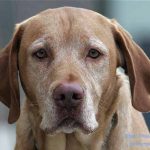 Ear surgery for a permanent cure

Ear Hematomas or blood blisters are quite common in floppy-eared dogs – breeds such as hounds, spaniels and setters. They occur much less frequently in dogs with erect ears and even more rarely in cats. Ear hematomas can occur at any age. The problem usually occurs when an itchy, infected/inflamed ear causes a pet to paw and shake its head. ( read  here ) On occasion, it also occurs when some objects, such as a grass awn or perhaps a tick is lodged in the pet’s ear canal. The inflammation associated with an active or prior ear mite infection is also sometimes to blame.

Pawing at the flap of an infected ear canal causes the ear flap to turn red and puffy as small blood vessels within it swell, and leak fluids. The layer of tissue just below the skin of the inner surface of your pet’s ear is rich in these fragile blood vessels. They assist pets in dissipating heat. When dogs and cats shake their heads violently, some of these small blood vessels burst. That allows blood to penetrate between the skin of the inner surface of the ear and the cartilage which forms the ear structure. I have never seen one form on the outer ear surface.

The whole process can occur in a matter of hours forming a balloon-like swelling on the inner surface of your pet’s ear. For reasons unknown to me, no clot forms to stem blood flow from the fractured vessel(s) and the swelling increases in size until pressure within it stems the leakage. This heavy blood pocket is also annoying to dogs who then tend to shake their heads and paw even more violently. I suppose that clotting problems that certain dog breeds are predisposed to ( read here ) or even the ingestion of rodent bait might predispose a dog to these issues.

Why Did This Happen To My Pet?

Although you noticed the swelling come up suddenly, the problem that caused it was probably a long time in the making. I believe that over 90% of pets with this problem have a chronic ear infection.

Chronic ear infections have a number of causes:

The most common cause in younger pets are ear mite-related. Ear mites are passed down to puppies and kittens from their parents. They can also be transferred from pet to pet by intimate contact (not just sharing a room). These mites cause intense itching and secondary ear infections. But by the time the problem is noticed, the mites may no longer be present. They thrive in a dry ear canal. When a secondary bacterial or fungal infection develops is it usually does, most or all of these mites die off. The tissue fluids that inflammation generate are not to their liking.

Large, floppy dog ears snap like a bullwhip when a dog shakes it’s head – particularly large floppy-eared dogs like the basset hound at the top of this page. This easily ruptures the delicate blood vessels of the ear that I mentioned earlier, allowing blood to seep out and form the hematoma. Gravity also works against drainage of blood and serum from these ears. Floppy ears also keep air from circulating within the ear canal, increasing the chance of infection.

Generalized allergic itching in dogs is usually caused by the same airborne allergens that cause sneezing and stuffy nose in us humans. ( read here )  The ear canal is lined with modified skin. If the pet’s skin itches, its ears will also itch. Dogs with skin allergies traumatize themselves, allowing unhealthy bacteria to invade all the skin surfaces of their bodies. This causes their musty odor (seborrhea). These same bacteria also colonize their ear canals.

This is not a common cause of ear hematomas. Although the ear may swell after a sting, it usually goes down within 24 hours. A period of itchiness follows the initial pain and a few high-strung pets will paw the ear violently enough to cause a hematoma. Stings, bites and anaphylactic reactions tend to cause the whole head to swell, not just an ear. The danger there is swelling of the throat that might restrict their ability to breath.

Foreign Objects In The Ear Canal:

There are a few geographical areas where grass seeds occasionally get into a pet’s ear and cause irritation leading to self-trauma and hematoma. Some grass seeds that have caused this problem are foxtail, spear  grasses, buzzard grasses, and feather grasses

Is This Problem Painful to My Pet?

The problems is annoying to your pet, but the hematoma itself is not painful. Your pet feels like something is clinging to its ear that it might be able to shake or pawed off. However, the more shaking and pawing, the larger the blood-filled blister becomes.

How Will My Veterinarian Treat The Problem?

Ear surgery is the only procedure that gives consistently good results. No dog or cat has diet from an ear hematoma and it’s ear will not drop off. With time, the pet’s body will absorb the blood and the ear will shrivel into a permanent cauliflower-like structure. Some dog owner resort to wrapping the dog’s head with a “toothache” stretch bandage. I suggest you not do that. The ear will still end up misshapen and if the bandage slips, the dog may strangle.

The ear is composed of three layers. The outer skin with fur, a cartilaginous layer that supports the structure of the ear and an inner non-furred skin layer. The cavity that has formed and filled with blood is between the inner skin surface of the ear and the ear’s cartilage structure.

Ear hematoma surgery has two goals. The first is to remove all the blood and clots that fill the hematoma cavity. This cavity should not be there. It formed as the blood worked its way between the layers. Once your veterinarian cuts (incises) the inner skin layer with a scalpel, the unclotted blood will flow out freely and clots can be gently teased out. The incision is done while your pet is under a general anesthetic or very heavily sedated. The hair of the ear has usually been shaven/clipped and the ear scrubbed well with a disinfectant solution prior to surgery.

The second goal is more important and harder. If the skin incision heals before the separated layers of the ear bond and scar together, the hematoma will re-form. If the bond and scaring are insufficiently intense, it is common for a new hematoma to develop at the same site at a later date.

Some veterinarians simply bandage the ear tightly over a tampon or role of gauze and allow it to heal. I do not favor that because of the high number of relapses that I have seen occur. A much safer method is to place a number of braided silk or chromic sutures through the ear in a mattress pattern. This causes permanent scaring similar to that which occurs when your ears are pierced. If these sutures are placed over the entire surface of the ear (like a mattress) – hematomas can never again form. The sutures are removed when sufficient scar-bonding has occurred.

If the ear canal of the unaffected ear is also inflamed, I usually place those suture in both ear flaps while the pet is anesthetized because it is quite common for the second ear to form a hematoma later. Mattress suturing the unaffected ear also prevents your pet from concentrating its post-surgical scratching activity on the damaged ear.

It is best to place these dogs or cats in a large restrictive plastic collar. They are called Elizabethan collars. These collars prevent them from pawing at their ears while they heal.

How Can I Prevent Hematomas From Happening Again?

If a sufficient number of sutures are placed in the ear, a hematoma should never reform. But the ear canal problem (otitis) that caused it is still there. Treating the otitis is very important. Even if a hematoma never forms again, more serious things can happen. One of them is a middle or inner ear infection affecting your pets balance. These infections can become life-threatening if they are neglected. Read about ear infections through some of the links at the top of this article.

Ear infections, like sinus infections in humans, rarely ever go away forever. Once the lining of the ear canal has been inflamed for a long period, the diameter of the canal is permanently narrowed and the characteristics and the lining and of the ear wax produced are permanently changed. So your pet’s ears will need preventive maintenance and, perhaps, future treatment from time to time.

There are many medications designed for long-term ear care:

Medications that acidify the ear canal:

These products are helpful in suppressing the growth of bacteria and fungus. Many of these contain boric acid or acidic acid. Citric acid might be a suitable alternative to boric acid. ( read here )

These products can be helpful during flare-ups. They should not be used for more than a week or two because the bacteria will become resistant to them. When that happens, they will not work in the future when they are really needed. Needlessly exposing potentially pathogenic bacteria that reside in your household to long term antibiotics can be a threat to all family members. ( read here )

These medications often also contain antibiotics. They take the heat and pain out of ear infections and decrease swelling and pain. They should not be used continuously over long periods of time.

I do not recommend you cleaning your pets ears with home made brews. It is easy to mix them too strong and scald the delicate ear lining. Or too weak which leaves the pet’s ear canals damp and subject to yeast and bacterial growth. It is also very easy to injure your pet’s ear canals if you place any object (such as Q-tips) in them.

Mineral oil or unscented baby oil is a safer way to clean your pet’s ears. Fill the canals and then gently massage the base of the ears for several minutes. Let your pet shake its head. Then remove any debris that is brought to the surface with a cotton ball. Repeat the procedure until no more material appears. Bland oils also kill ear mites.

Many of the products that veterinarians sell are “shotgun medications”. That is, they contain sorts of ingredients. They work quite well, initially. However, with time, the organisms living in your pet’s ear canals get used to them. Try never using more than one or two tubes or bottles of any specific product containing antibiotics. When you run out of it, ask for one with different ingredients. After several different brands and formulations, go back to the original one. In this way, all the products should retain their original effectiveness for your pet. Surgery to change the slope of your pet’s ear canals so that they naturally drain is probably a better option.