The Meat In Pet Food – Where It Comes From – What’s Really In It? 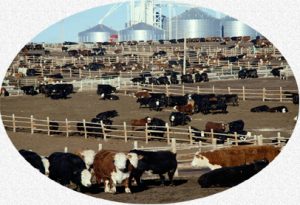 The Meat In Pet Food – Where It Comes From – What’s In It?

Back to kidney treatment options

Back to kidney diets

Back to SDMA test

Only the manufacturers of the foods you feed your dog and cat know where their ingredients came from or what contaminants might be in them. When a contract facility is producing the product for them they don’t even know that. Pet food manufacturers spend a great deal of time, money and energy designing deceptive ingredient labels, sacs and cans. Their profits depend on presenting their product in the best possible light to convince you to buy it.  Extrapolated from USDA and other data, approximately 18% of the price you paid for your pets food represented the cost of advertising the product and another ~15% for the eye-catching packaging. The ingredients you are actually paying for in the bag or can represent considerably less than half. The biggest spenders in that respect are Mars Petcare (Royal Canin, Pedigree, Whiskas), Nestle Purina, General Mills (Blue Buffalo etc.) and the J.M. Smucker Company (Gravy Train, 9 Lives etc.).

Despite those eye pleasing ingredient photos on the bag and the wolves, lynx, happy dogs and cats in their TV commercials, what actually goes into the bag or can doesn’t look at all like what you see on the sac. At best, the majority meat ingredients are the scraps, trimmings, offal (discards) and the bottom end of the human food industry. The big pet food conglomerates have an international reach – their ingredients come from all over the world. Many contain meat from carcasses that were not up to snuff to meet government requirements for human consumption (Undenatured Inedible Meat Products = “4-D”). Unless the pet food container you buy says that the ingredients meet or exceed government requirements for human consumption, there is no guarantee whatsoever that they do. 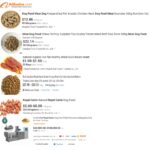 Other errors occur. ( read here )  The USDA considers meat unsuitable for human consumption as adequately “denatured” to be fed to dogs and cats once powdered charcoal or food dyes have been sprinkled on it. In some cases not even that is required. The meat containers just need to note that what they contain is considered by the USDA to be inedible for humans. (USDA §325.11 9 CFR Ch.III)

When the USDA classifies a products as being “inedible” they mean inedible for humans. They have no problem with that stuff being incorporated into your dog or cat’s diet. see here 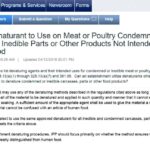 Questionable meat and fish ingredients tend to be diverted to pet food channels. Tired old dairy cows, cattle and other livestock whose health is on the skids (the USDA Utility, Cutter, and Canner grades). Fish that sat too long on the dock. It’s a simple matter of economics. One cannot produce a mass-market pet food at a cost most pet owners would accept without making less scrupulous ingredient decisions than we make for ourselves.

Farm animals, approaching the end of their lives, are more likely to contain drug residues. They are also considerably more likely to end up in pet food than in your cuisine. Antibiotics and anti-arthritic medications (NSAIDs)  are the most frequent medications that farm veterinarians administer. When the cost of treatment becomes greater than the animal’s value or the prognosis (outlook) for the animal is grave, its next stop is the auction barn. When those animals go to slaughter as they all do, they form the lowest USDA beef grades – the ones destined for dog and cat food. The “wash out” time (time it takes for all the drugs to leave the body) for NSAIDs is considerable. Eight days after their last injection, 48-80% of these drugs can be still be found in their systems. (ask me for EAEM1999)  It is not unusual for those drug residues to go on to be present in their meat as it is traded on commodities markets. (Smtih2008 & Huntley2000)  The processing procedures used to create dog and cat food do not reach high enough temperatures to destroy these compounds. (Tita2011)  NSAIDs can be hard on the kidneys. (read here & here) 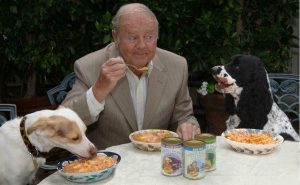 When Dick Van Patten owned Natural Balance Pet Foods, he advertised that the ingredients in his diets met human consumption grade and the facilities they were manufactured in were the same facilities producing packaged human food products. He is gone now and his company has passed on to other owners. Those claims for Natural Balance™ are no longer made. 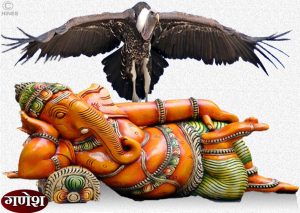 The bird in this photo looks like a buzzard. Are you suggesting there is rotten meat in what I feed my cat and dog?

No. Its because the buzzards of India found out the hard way that eating tainted beef was hazardous to their health. That is because it contained the NSAID   diclofenac  or  At one time, it was estimated that over 90% of them have died of kidney failure. (read here & here) Some carnivores – cats and vultures included – have lost much of their ability to detoxify certain drugs. Scientists believe that that is due to the reduced abilities of some of their liver enzymes (the P450 & Glucuronidation enzyme systems) that detoxify NSAIDs. This loss of liver abilities is the same reason that Tylenol™ is so toxic to cats. Its not just cats, some dogs share this defective detoxification system too. (read here)  One of the effects of NSAID exposure is to decrease the amount of blood that flows through the pet’s kidneys. That can be especially dangerous during periods of dehydration.

When meat is analyzed by chemists at the USDA, FDA or another country’s governmental entity for contaminants, it is examined for toxins, antibiotics, steroid (injected growth hormone, etc.), tranquilizers, bacteria and insecticide residues that are considered a threat. As far as I know, the USDA which is responsible for the safety of agricultural products in the USA does not routinely screen meat destined for pet foods for their NSAID levels.

Meat originating from old dairy cattle are over-represented in dog and cat food. Those carcasses have considerably higher NSAID contamination because the dairy cows were often arthritic. At the livestock sale barn, they are described as “non-ambulatory cattle” The most common NSAID that they received is flunixin/Banamine®)  read here 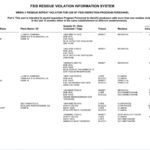 Studies have found them about nine times more likely to contain these drug residues than ordinary beef cattle. When old beef cattle are culled by ranchers, it is usually because of one of the “three Os” open (=missed her pregnancy), ornery (mean) or old. None of these infirm cattle should end up in supermarkets sold as fresh meat. If they weren’t tested for drug residues (and most are not) or tested negative for drugs, they end up in the “Grade D but edible” classification mostly in dog and cat food along with the USDA condemned (“Triple D”) and and meat/poultry byproduct – none of which are screened for drug residues.

That is why I am more comfortable when your pets eats the same supermarket food that you eat and prepared for them at home.