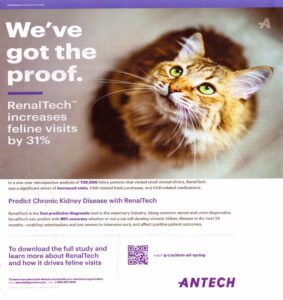 Renal Tech™ is a computer program that compares your cat’s age and blood test results to those of other cats that have and  have not been diagnosed with chronic kidney disease (CKD) .  It then applies statistical analysis and, based on how your cat’s data compares to that of other cats, it claims to predict if and when your cat will develop CKD. 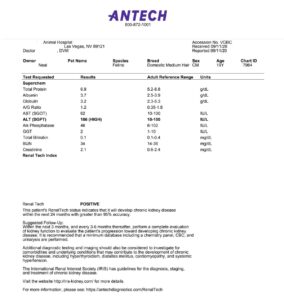 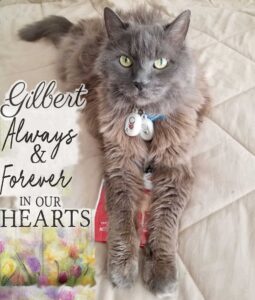 Gilbert was an old cat. An animal shelter rescue. He led a contented indoor life and had already passed his 19th birthday. His owner was concerned because Gilbert’s creatinine level had increase – as it naturally does in old cats and people – and his blood pressure at the animal hospital was consistently high. At home Gilbert’s blood pressure was always normal. Read about that here. So his owner elected to have none of the suggested future Renal Tech tests run and Gilbert continued to eat his favorite cat food and the tuna treats he loved. More tests and special diets would not have been helpful for Gilbert because six month after those laboratory tests were run, Gilbert died of lymphoma. His kidneys were never an issue. He was just an old cat who died peacefully and is dearly missed by me and by his owner.