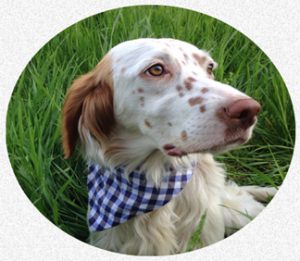 “Everything Old Is New Again” Ecclesiastes 1:9

Back to Epilepsy Article 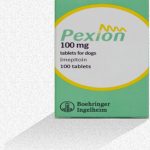 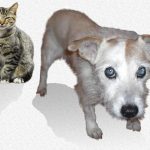 Nestlé Purina recently introduced NeuroCare™, a dog food that they market as a possible aid in the control of seizures in epileptic dogs – as well as a benefit to memory retention in elderly forgetful canines.

The NeuroCare™ diet relies on a belief shared by many that medium chain triglyceride oils (MCTs) found in coconut oil (15%), palm kernel oil  (7.9%), cheese (7.3%), butter (6.8%) , milk (6.9%) and yogurt (6.6%) can have beneficial effects  controlling seizures in humans with drug-resistant epilepsy. (read here  & here) There are also some preliminary studies that the presence of these oils might improve the mental abilities of humans suffering from Alzheimer’s disease. (read here) These are attributes of  ketogenic diets.  (read here)

Prescription and non-prescription pet food manufacturers have recently found it lucrative to market a dog and cat food for every life stage and disease found in the dictionary. Some of the benefits of those recipes have been confirmed through scientifically sound nutritional studies. Some have not. One English study appeared to show positive effects when a high medium chain triglyceride diet was fed to epileptic dogs. Read that study here.

Purina markets NeuroCare™ as being rich in EPA and DHA, Omega-3 fatty acids (PUFAs) as well as MCTs to help support “brain health” and adds extra antioxidant Vitamins E & C to “support a healthy immune system”. Not all research supports those statements but some does. (read here) However the prestigious Cochrane Review reviewed all PUFA studies and found no real evidence that omega-3 PUFAs slowed or prevented mental decline. ( read here ) Cochrane’s evaluation of the effectiveness of PUFAs in improving refractory epilepsy in humans was a bit better. (read here)As far as PUFA’s positive effects on canine epilepsy, one Brazilian veterinarian thought that Omega-3 fatty acids helped his Great Dane patient ( read here); but a UK trial in 15 epileptic dogs found PUFAs ineffective. (read here) Purina also make the “brain health” claim – laced with glowing testimonials – for their Pro Plan Bright Mind Adult 7+ dog food. But they give no scientific evidence or data to back that up either. Hills a competitor of Purina, once did a study that added extra MCTs, fish oil and carnitine to their dog food – probably during the development of their “Age Defying” Adult 7+ and Adult 11+ dog food line. But they ended up only increasing the carnitine level. I am unsure why they did that because quality meat is rich in carnitine. (read here) Trends in dog food composition usually follow closely behind the latest human dietary trends and fads you read about in the popular press.

In an exchange of emails, a leading research physician in dietary methods of epilepsy control pointed out to me that the carbohydrate content of NeuroCare™ was quite high if Purina was attempting to shift brain metabolism from carbohydrates to fats. But he thought the diet might perhaps be useful based on its high MCT content alone. I explained to him that it is the carbohydrate in dog and cat foods that provides the necessary “glue” to bind the kibble together during the baking process. The fat is sprayed onto a dog kibble after baking. So perhaps adding a ketogenic amount of fat to the dog kibble and dropping its carbohydrate content would not have been feasible.

Veterinarians and dog owners really have no unbiased information to judge the value of NeuroCare™ . I would appreciate you offering other readers your personal experience feeding the NeuroCare™ diet to your epileptic dog or to your dog whose memory is failing.

Let me know and I will add your observations to the bottom of this page.