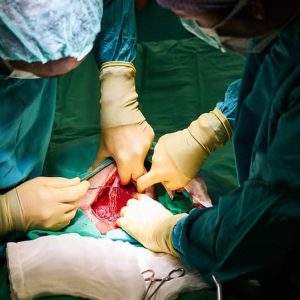 Is TPLO Cruciate Surgery The Answer? 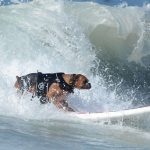 Back to Anterior Cruciate Ligament Problems

I want to tell you something that is not that widely known. Surgeons of all stripes tend to overstate their success rates in all fields of medicine – particularly so in orthopedic surgery. That includes veterinary orthopedic surgeons. It is not a form of deception. It is just basic human nature to want to succeed, present good news and maintain an optimistic attitude in one’s chosen profession. In that, veterinary surgeons are no different from physician surgeons. (read here  & here) Studies in human medicine also found overstatement of success rates as high as 35%. (read here & here)  In veterinary medicine a similar bias toward claims of surgical success occurs for the same reasons. Because pets can’t contradict their surgeon’s conclusions, success rate bias among veterinarians is probably even higher. No one I know of has spent time sorting this out when it comes to knee surgery in dogs. But it is a particularly common problem in human surgery that involves the knee. Knee pain is exceedingly difficult to quantify – even in us humans that can talk for ourselves. With us humans, patients want to feel better. Patients are motivated to feel better after interventions, and they generally do – at least for a while. The surgeons also would like to make them better and both together can tilt the table in favor of reporting marvelous recovery and attribute it to whatever was done. It is probably no different when it comes to pet owners and pet surgeries. Your dog is exceedingly good at reading your emotions. When you are content, it is likely to feel content. When you are worried and down about its health, it senses that too. I believe that is why placebos seem to work just as well when veterinarians give them to dogs as when physicians give them to people. The placebo effect is not imagined, it has a confirmed ability to lessen pain. There is also the problem of publication and report bias. That is, a veterinary surgeon is more likely to publish an article or present a report at a meeting when he/she thinks that a surgery they performed was helpful. One is much less likely to report things when they didn’t work well or when they were no better than they way it was done before. Cultivating a successful image is very important for a successful career, a feeling of self-worth, honor among one’s peers, veterinary school tenure, and economic security all come into play. Many joint and muscle problems get better with rest and physiotherapy. Knee surgery is often followed by rest and physiotherapy. Just about any surgery to the flexible structures that surround the knee causes scarring that reduces instability. So, you may never really know what caused the improvement. I am not telling you that every dog’s cruciate problem is going to get better with conservative non-surgical treatment. But a lot of them are. Recovery may not be 100%. However, it is not going to be 100% after surgery either. There are no unbiased statistics that show that surgery is any better than rest and physiotherapy for the management of cruciate ligament damage in dogs. (see here)  There isn’t much data to show that it is any better for people either. (read here)