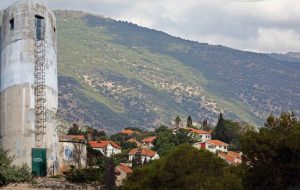 I wrote this article a number of years ago. I do not believe that focused microwave energy ever lived up to the potential that I once thought it might have. Today, Monoclonal antibody medications  and CAR-T therapies that seek out and destroy cancer and potentially cure other diseases at the cellular level offer greater precision and greater hope.

Many years ago, I owned a veterinary hospital in a small village in the Galilee called Kiryat Tivon 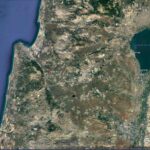 From time to time, my neighbor, Alex Potok, would keep his radio blaring day and night. When Alex heard the DJ utter a specific string of words between tunes, he would unceremoniously walk the short distance to our water tower (the one on the left) and flip on the switch that set off our town’s air raid sirens. When he heard another coded phrase, he would turn them off. Sometimes he forgot to fill the tank, then the whole town had no water. That was the state of technology in October of 1973. The incoming missiles were gifts from Damascus, courtesy of their president, Hafez al-Assad.

During one such fusillade, a young woman roused me out of bed late one evening carrying her bloodied dog. The dog, Aphrodite, had had the misfortune of being too close to the spot where one of the rockets exploded. I sewed the dog back together. Aphrodite, healed well and remained the talk and pride of the Town.  That is because katyusha rocket shrapnel is razor sharp and sterilized-hot. So it produce wounds that heal well when they do not kill you outright.

Fast forward forty years to August 21, 2013. President Obama has threatened to destroy the chemical warfare missiles of Hafez’s son, Bashar al-Assad. Rather than retaliate against the USA, he threatens to lob missiles into the Galilee and points south. 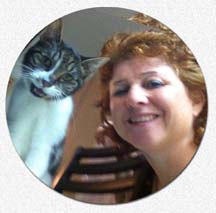 In the midst of that crisis, I received an email here in Texas from the owner of  Pizza, a cat living in Rosh Ha’ayin, a village not that far from my old home. Pizza was in the midst of a uremic crisis . But why was the cat’s owner more concerned about the cat’s current predicament than her own safety ? Because during the intervening 40 years, technological advances were protecting both of them. Pizza and her owner were safe under the activated Iron Dome.

Who was at fault and Who struck John aside; there is no greater motivation for innovation than the threat of ones personal annihilation. In the near future, a technology, conceived of to shield one population from the incoming missiles of another will likely affect you and your pet’s health as well. I call it focused energy. This adaptation of the Israeli defense industry technology developed to precisely focus energy beams now allows for ultra-precise incision-free surgery that has so many conceivable uses.

Dogs and cats might be spayed without an incision, arthritic conditions could be treated and all manner of manipulations could be performed with little or no collateral damage to the patient. Perhaps ways will be found to interrupt the ovulation (heat) process in ways that preserve the positive hormonal balance of intact pets. The potential seems almost limitless.