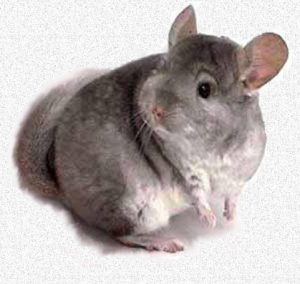 Chinchillas are quick, perky little animals. I love them. If you have never met the acquaintance of a chinchilla, they have a personality somewhat similar to a park squirrel.

Chinchillas have many characteristics that make them great pets. However, they are not suited to everyone. I do not suggest them for children because they are small and fragile. If they are squeezed too tightly – they will bite. Fur trade cull chinchillas have bitten me quite severely.  But many prefer chinchillas to all other rodents because of their lack of an unpleasant smell and unusually long life span for a rodent. Chinchillas that have been handled regularly when young remain quite friendly.

What Are Some Of Their Good Qualities?

Their good qualities include a beautiful soft lush fur, an inquisitive, boisterous nature and no objectionable noises. They are also quite low-maintenance pets.

What Are Their Not-So-Good Qualities?

Chinchillas are somewhat high-strung, and they have relatively short attention spans. They also do not tolerate hot weather or high humidity. That is because they are naturally adapted to the mountainous regions of South America, their native home.

Where Do These Animals Come From?

Chinchillas originated in the Andes Mountains of South America where they inhabit crevices in rocks and mountainous areas. Pet chinchillas and those farmed for the fur trade are though to be descendants of wild long-tailed chinchillas. A second species, the short-tailed chinchilla, is thought to be nearly extinct in the wild.

Domestic chinchillas have been bred to come in a variety of colors. The most common color is silvery gray; but they also come in white, beige, ebony and sapphire (super-violet) color.

What Are Some Characteristics Of Chinchillas?

Unfortunately, pet stores are in business to make a profit – not to provide you with a friendly, healthy pet. Pet shops are the worst place to obtain a chinchilla. If you have not yet obtained your pet, go to a reputable breeder such as those that are members of  The American Chinchilla Club  and ask the breeder for the phone number of satisfied clients in your area.

Chinchilla personalities are determined during their first month of age. They need to be handled and petted frequently after they are born or they will grow up skittish and aggressive. An ideal age to purchase your chinchilla is 10 weeks of age.

If possible, check both the parents and the youngster for problems before you become attached to a Chinchilla. Be cautious of watery or pasty eyes, drooling (tooth alignment problems), wool pulling or missing areas of fur. I prefer to buy directly from a breeder I trust or one who willingly supplies me with satisfied contacts who have purchased her animals. Most of the problem animals I see were purchased through pet stores. Common problems I see in pet store purchased chinchillas are wool pulling due to boredom and stress and malocclusion due to improper diet and genetics. Aggression is a problem in animals not socialized to people at a young enough age.

Do’s And Don’ts With Chinchillas:

Chinchillas allowed to run free in the house will slowly but surely chew it down. Besides this, through their indiscriminate chewing they will be exposed to many household toxins.

I like to keep a chinchilla in no smaller than a 6’ x6’ x 4’ mesh cage with a galvanized droppings pan. If the galvanize is new, I wash it thoroughly with vinegar. The galvanized cage coating has been known to be toxic when chewed. Powder-coated metals are apparently safe. Imported Chinese-made cages may be coated with lead-containing paint. If you make the pen, the ABS plastic pan that is supplied with collapsible dog crates works well – it the chinchillas can not reach it to chew on (they need an exposed corner to get started).

Chinchillas love cardboard boxes to hide in and destroy as well as ledge shelves to bask on. They also love dust bathing. I supply them with cornstarch or corn meal in a shallow dish or crock. Beware of plastic toys or cage parts that the chinchilla might ingest.

The floor of your pet’s cage should be solid – never wire. Wire floor housed chinchillas eventually end up with arthritis of the foot. I prefer pine shaving or corncob bedding. Chinchillas do not do well on cedar chips. Cedar smells pleasant, but it contains natural chemicals that can be toxic. That is why insects do not bother the tree.

Cages need to be cleaned every two days. You can sprinkle baking soda in the corner the Chinchilla uses to eliminate. Locate your cage out of drafts and strong direct sunlight.

For a food bowl, I prefer a human-quality food crocks (no lead glaze). All chinchillas need a water bottle with ball bearing sipper tube. It is a good idea to purchase a metal shielding for plastic water bottles as chinchillas quickly chew through the bottles.

A large specialty activity wheel is a real treat for active chinchillas. They can be purchased over the internet. Chinchillas need more exercise than most cages will accommodate. Chinchilla-proofing an exercise room is a challenge. These rodents will gnaw all wiring and wooden base molding and trim. Some bitters mist or triple no-chew spray from a pet store might discourage this behavior.

Chinchillas have an insatiable desire to gnaw. That is because chinchillas, like all rodents, have teeth that grow out continuously through life. These teeth must be continually worn down by gnawing. Be sure there are plenty of things for the pet to chew within his cage. Good chewing blocks are pieces of hard rock maple, non-resinous pine, fruit woods and beech. Deer antler and bone also make good gnawing blocks. When not provided with adequate things to gnaw on, their teeth can overgrow distorting their jaw and requiring veterinary care. Read about that here.

Given its choice, a chinchilla will select a diet far too rich for its long term health. They love pizza crust, Cheetos, raisins, apple and the like. However these items given more than occasionally will soon lead to digestive upsets, loose stools and eventual death.

A Chinchilla’s primary diet (90%) should consist of chinchilla or guinea pig chow (eg Mazuri 5M01, ZuPreem, Purina or equivalent). You can supplement that with coarse alfalfa and timothy hay, endive, escarole and spinach. Some alfalfa is entirely too rich in protein for chinchillas or rabbits. Do not feed your chinchilla beans, corn, sweet potato apples and carrots. Carbohydrates , including sugars, poison the normal intestinal flora (bacteria yeasts and molds) of the chinchilla. Those bacteria are necessary for intestinal health. Raisins, bits of fruit and fruit roll-ups should be reserved as occasional treats and training aids or – better still -not given at all. Keep a mineral/salt block from a feed store or chinchilla supply in the cage.

I have never read that chinchillas needed a source vitamin C. Guinea Pigs do require a source of vitamin C. Many chinchilla owners feed rose hips to their chinchillas. These should be OK in minute quantities (no more than 10 iu ascorbic acid per day).

Chinchillas are relatively easy to train. The secret is in using food treats as encouragement. They should quickly learn to come to the scent of a raisin. Next, use a cupped hand as a cradle for the animal while coaxing him with a raisin in the other hand. Soon it should trust you enough to hop into your outstretched hand and hop to your shoulder and let you pet him/her. Chinchillas are creatures of habit with strong internal clocks. Play with the pet at the same time each day and let him know what to expect.

Portions of cement blocks allow for your chinchilla’s toenails to wear naturally. You may still need to trim them every 3-4 months with a human toenail clipper.

I suggest that you have your pet’s fecal specimen examined twice during its first year of life. I have never encountered ear mites in chinchillas but your veterinarian will examine its ear canals – a good practice. After that veterinary examinations are optional and usually only performed for cause.

You may want to clip the hair surrounding your chinchilla’s anus to aid in reducing soiling. Generally, chinchillas with soiled posteriors are chinchillas that are eating too rich a diet. Any change in consistency of their droppings is a cause for concern and a consult with a chinchilla breeder.

Because chinchilla teeth grow up to 10 inches a year, tooth apposition problems are relatively common. Some feel this problem is genetics; others feel it is due to improper calcium/phosphorus content of their diets. Both factors probably play a part in this condition. I mentioned tooth problems earlier and gave this link as well. It is very important that your chinchillas enclosure contain suitable, non-toxic items to gnaw on.

Lead paint ingestion in houses constructed before the late 1960’s can be a problem for chinchillas that have the run of the house.

I occasionally see Chinchillas with ringworm. Sometimes, the pet’s fur coat appears normal – but it is the owner who develops a ringworm lesion. Another form of ringworm is also common in large chinchilla farms – particularly those supplying the fur trade. It is caused by a similar fungus, T. mentagrophytes. Chinchillas with this problem loose their hair and develop and scabby red spots on their nose, feet, and around their eyes. Two medications, an older one with potential side effect, griseofulvin or a somewhat newer alternative, itraconazole /fluconazole usually cure it. All oral medication options for ringworm run a small risk of liver injury. (ref)

This is caused by feeding the wrong diet, crowding or poor sanitation. Pet shop stress can also be a factor. When the pet’s diet does not contain sufficient fiber or contains too much carbohydrates, their “good” bacteria die and organisms such as E. coli, salmonella, pseudomonas or giardia take advantage of the situation. Treating them is a challenge because chinchillas are so small and have minimal body reserves to fall back on.

Pneumonia, sneezing and upper respiratory infections and eye drainage are problems associated with poor sanitation, crowding, improper temperature and a deficient diet. You can avoid these problems by purchasing your pet from a reliable source. Once the pet has this problem, only TLC and antibiotics might cure it. Even after your pet has recovered, it may still harbor the bacteria for a long time. So you must continue to keep it in a low stress situation.

When a chinchilla’s teeth do not line up properly they will overgrow and cause the pet to drool and loose weight. This is called malocclusion. In many cases, the problem is genetic. In others, it is due to an early mineral-deficient diet. If your pet develops this problem, its teeth will need to be clipped or sawed off periodically.

This is only a problem when several chinchillas are kept together in close quarters. It is the chinchilla without the missing fur that is the culprit. It it do to boredom and stress.

Because these pets are native to the cool, dry Andes Mountains of South America, they do not take heat or humidity well. They do best in the United States when their quarters are well ventilated, shaded and air conditioned during hot weather. Sudden collapse or weakness in a hot environment may signal heat stroke. These pets will be breathing rapidly and may feel hot to the touch. They should be misted off and massaged immediately with cool water to which a drop of dish washing soap has been added to help the cool moisture reach their skin.