Cat Owner Comments On Apoquel Use 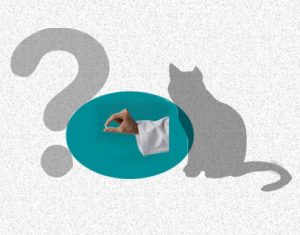 Cat Owner Comments On Apoquel® Use

Can I Give My Cat Apoquel® ?

Please let me know how Apoquel® worked for your cat:

Back to Apoquel® Cat Article

Back to Apoquel® Dog Article

My cat Flapjack has been battling skin allergies for a couple of years now. Among the things that have been tried is Apoquel®. My local veterinarian tried it after first trying diet changes, flea and tick medication, and two other medications. Steroid shots were the only thing that cleared up his allergies, (but no one recommends those as a long-standing treatment). The Apoquel® dose was 3.6 mg, twice daily. There was no noticeable change in his allergies that I can attribute to this medication. I then took him to an actual *animal dermatologist,* and began to “remake the wheel” again, (ruling out diet, fleas and ticks, etc), and trying a couple of meds and a topical. Once again, the only thing that clear up his symptoms was a steroid, (dexamethasone), but once again, not rec for long-standing treatment. Blood was take, and tested for allergies. They found that he was allergic to trees, grass, weeds and mold, in other words… “life”). A serum has been developed that we will begin giving him in two weeks, but a couple of months ago, they wanted to start him on Apoquel® again. I said, “But he had that before, and it was ineffective.” They said, “Yes, but this is a stronger dose.” The new dose was 5.4 mg, twice daily. After about a month, (enough time for the dexamethasone to wear off), the main symptoms came back with a *vengeance. * He developed symptoms that he had never had before: (vomiting, and eyes that were FULLY dilated, 24/7) The eyes were troublesome, because that can mean many things – none of which are good in an adult cat. The clinic that prescribed the Apoquel® was 200 miles away. After I left several messages, they finally agreed to stop the Apoquel® and restart the dexamethasone to at least get him to the point where we could give him the serum that’s been developed for him. Long answer: Apoquel® not only didn’t work for my cat, it seemed to responsible for other problems for him. I hope the serum will work.
G. N.
Sent from my iPhone **********nate@yahoo.com

At my veterinarian’s suggestion, I have been giving Apoquel® to my 8-year-old neutered indoor male cat, Ghost, for 1 year to treat his seasonal allergies that caused him to scratch his ears and neck. He weighs 14 pounds and I give him half of a 5.4 mg pill each morning. He is still healthy and has no more missing hair. One of my other cats, Duchess is a spayed female. She is one of the outside cats that I feed. She was loosing hair on her sides. Since beginning Apoquel® at the same dose of half a pill each day she has regained all her fur and her weight has gone up fro 9 lbs to a more healthy 12 lbs in 7 months.

My boy cat, Renfield, has EGC. It was diagnosed by a veterinary allergy specialist. He was in bad shape. He would scratch and bite himself so much that he had sores all over. He would get ulcers on his lips and his paws. I felt so bad for him. He didn’t come down with EGC until he was a little over a year old. I got him at a rescue. He is a Snowshoe. When I got him, he had some sort of protozoan infection. The rescue said he had been fully vetted and just had a “sensitive stomach”. He had terrible diarrhea. And a couple weeks after I got him home, my other cat developed terrible diarrhea, too. We tried Panacur® and some other meds but they didn’t work. They had to dose both cats with Marquis Paste. That cured them. But we never found out what they had. I’ve read that parasitic infections can bring on EGC but don’t know if that’s true. Anyway, I wanted to tell you that my vet put Renfield on Apoquel®. It did wonders for him. It put him into remission. We weaned him off Apoquel® slowly after noticing all his symptoms had gone away after about a year. However, in the past couple weeks, I’ve noticed him itching again and a small ulcer has developed on his upper lip. So we are starting his Apoquel® again. I just didn’t want him on meds if he didn’t need to be on them. But with him showing symptoms again, I think he needs it again. ? I’m just worried about the Apoquel’s long-term effects and I know there haven’t really been any studies on it.

Thank you and take care, S.G.5@gmail.com

September 22, 2017
We lost our 11 yr old orange tabby, Pixel, about a month ago. He had an experience with Apoquel. So I thought it would be good to put another data point, if a confusing one, on your map. Pixel was a rescue cat from an agency that initially didn’t tell us that he had been returned, probably for his allergies, which manifested as itchy patches of redness, often with a brownish crust. By dietary trials, we determined he was allergic to kibbles, rice, wheat, chicken, turkey, beef, and pork. Pixel was always finding a way to get into food he was allergic to. After a bunch of times trying steroids, which mostly worked to get him back on an even keel, he started having more lesions despite sticking to a special diet. Our vet told us about Apoquel® and that it had been a miracle drug for some dogs. We tried it and the effect was like magic. The skin lesions were gone in days.

After 5-6 months  on the Apoquel®, we noticed a lessening of Pixel’s appetite and had to take him off of it. His appetite recovered some but not completely. We later learned he didn’t want to eat due to bile duct inflammation/ blockage. Steroids and Amox/clav were given to try to reduce this, without much hope, but he recovered quite well. We put him back on half as much Apoquel®, but the same appetite suppressant effect occurred, so we discontinued it. He lived for another year and a half with no bile duct symptoms but it was probably silently getting worse. Eventually he developed bile stasis. When the time came, we took him in for euthanasia. In summary, the Apoquel® worked great on the EGC (eosinophilic granulomas complex), but may or may not have had side effects that caused or worsened GI (his gastrointestinal) complications.