An  Article  Claimed A Link Between  Owning A Cat, Toxoplasmosis And Suicide – Is That True? 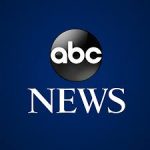 No,  I think the authors of that particular study drew the wrong conclusions from the data they  collected.

The toxoplasmosis organism is one of the most common and successful parasites in the World. So it was quite likely that its traces would be found in human patients no matter what was being studied.(ref) The authors of the more disturbing suicide study concluded that women with Toxoplasma infections were 54% more likely to attempt suicide than those with no exposure to toxoplasmosis. They based that conclusion on the prevalence of antibodies to toxoplasma in these women’s newborn infants. (ref). Some have logically extended that relationship to the ownership of cats. Some studies have even gone as far as to conclude that those who harbor a history of exposure to toxoplasma have more car crashes! (ref)

What none of these studies considered was that the psychological problems and the emotional stress that accompany depression and stress of all kinds significantly increase the risk of a toxoplasmosis relapse (Stress recrudescense) or a short term rise in antibodies against toxoplasmosis even without relapse. (ref) This same phenomena can occur in relapses of malaria, a close cousin of toxoplasma. (ref) That is because of the chemical surges sudden emotional and physical stress often cause. (ref) We know that immunosuppression from diseases like AIDS will reactivate Toxoplasmosis as well. (ref) As a result, antibody levels against the parasite in the women studied would have been expected to  rise. But I believe that the rise in toxoplasmosis antibody was the result of the stress – not the other way around as the authors supposed.

There was another problem with these recent troubling studies; the authors also did not appreciate the common personality differences between cat and non-cat pet owners that veterinarians have learned to appreciate. Cat owners are more likely to direct stresses of all kinds inwardly. (ref)